This is the second of the Surviving the Evacuation series of zombie books by Frank Tayell. I'm not generally a fan of zombie stories, but the first one, London, was so good I decided to try this one and see how far I end up going. The writing is well above average and keeps my interest so that the subject matter becomes background to a well-told story.

The characterisation of the main character, Bill, holds up well and a lot of new personalities enter the story. They are distinct and believable, as are the details of the plot, as long as you can believe in zombies. The writing is, overall, excellent.

The only thing I would complain about in this one is the ending. Like too many series, it was more like the end of a chapter than the end of the book. I prefer series where each one comes to a definite conclusion. As it happens I do have the next book so I will continue, perhaps next year. After that we'll see. As I said, zombies are not my favourite subject. I would certainly read something else by this author.

The first book would also be suitable for Darkest London 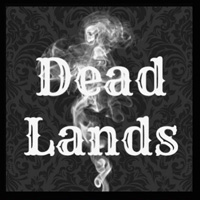