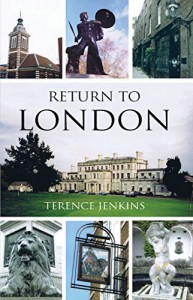 The enthusiasm of the author is immediately apparent in the way he launches right into the history of the area of London from The Elephant and Castle to Clapham Common with little introduction. Almost too much information comes at the reader rapid fire before getting a chance to settle into the narrative and the feel of the book.

Despite this exhausting barrage of history and facts, the reader is drawn into the world of 1940 London and a little known bombing incident in a trench on the Common. From there we learn about the embankment and the film and other associations with some of the buildings there.

The book goes on to explain the difference and origins of Kennington and Kensington, how the Black prince got his epithet, and several facts about Croydon that I hadn't known.

The book is entertaining and what it lacks in delivery is made up for in pure facts and detailed information.

The tour carries on in Bermondsey and to Jacob street where Nancy from Oliver Twist met her death and other literary associations with the area. There are detailed descriptions of monuments and churches, as well as some very good pictures of the areas covered.

This is not a book to sit and read in one sitting, but one to savor and assimilate the information over several reading sessions. We are regaled with the notoriety of Blackfriars Bridge, told the origins of the word 'piccadilly', which I've often wondered about, and learn about King John's menagerie of exotic beasts which were once kept in the Tower of London.

Apart from the Dickensian associations, we learn other literary facts such as that the original print run for Moby Dick was only 3000 copies, most of which never sold. It rather puts today's independent book sales into perspective!

This is a book I will read again, especially just before any trips to London when I might want to visit significant places. There's a wealth of information about London's history with many little known details that make the book particularly fascinating. Highly recommended for History buffs especially.